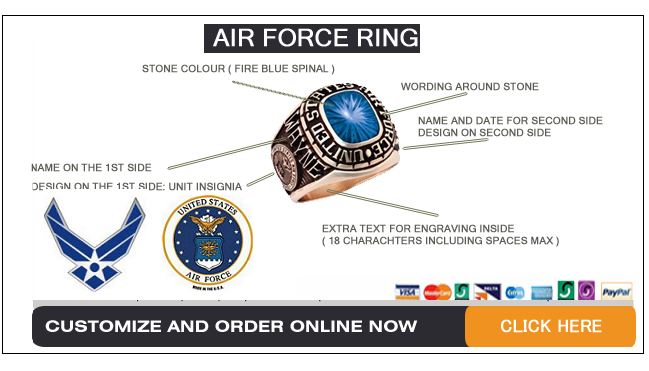 You may want to show your gratitude and be thankful to them for everything they do. Gift them with one of the rings and let them know how proud you are of them.

There are a variety of Rings like Gold and  Silver  that can be created. Ideally featuring the Silver Star and Blue Ribbons emblem of the Air Force. Rings can be customized to reflect a person’s specific service. For example a flying group, flying wing, war, or series of battles, a specific Air Force medal or  rank insignia. 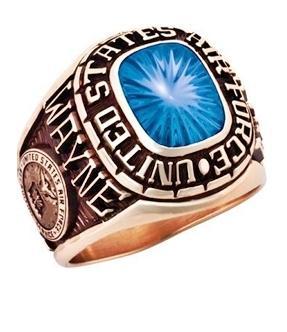 Customize Your Ring in Seven Areas

There are three styles of rings available in the market. The first type  is similar to the class rings seen at high school or university. These  have a colored stone or a semi-precious gem in the center. They also have symbolic designs engraved on either side of the stone. The second type of  is less decorated and conveys a person’s dedication or service in an understated way. The third type  resembles the signet ring or seal ring.

They neither have stones nor semi-precious stones but uses military coats of arms or Air Force insignia. Amongst the rings available you get an ample choice to choose from. With around 15 variants for stone color, 19 options for Laser Vues.  They are made to fit men or women with sizes varying 6-15.

One can choose the wording around the stone. The name of the person can be displayed  with optional rank and date.